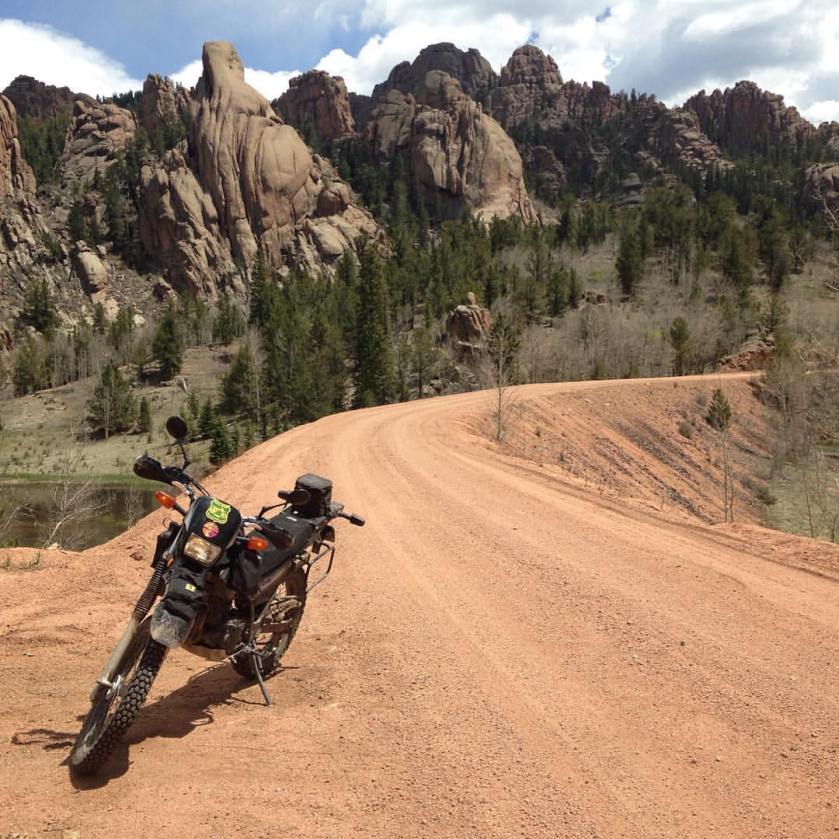 Quite recently I’ve received a few messages on Instagram and Facebook pertaining to some of the motorcycles that I’ve owned in the past.  All of these bikes are fairly old and can no longer be found on the show room so I don’t plan on going into a review however, I will tell a little about my history with them.

My first true dual sport motorcycle was a 2007 Yamaha XT225.  At the time I was looking for a small light weight dual sport that could handle paved county roads as well as fire roads with some occasional trail riding thrown in.  One of the reasons why I was interested in a light weight dual sport was to use it as a bike to reacquaint myself with riding on and off road.  Since I had a fairly small budget going out and purchasing a KTM or newer Japanese bike was out of the question.  After a little searching I came across a 2007 Yamaha XT225 that had been an old ranch bike and was in pretty good condition, $2,000 dollars later she was loaded into the bed of my truck and on her way home.

At the time I was living in the northern outskirts of Pueblo, Colorado and right out my front door was miles of high-altitude prairie and desert with tons of trails and dirt roads.  Once I got the bike registered and insured, I picked up my first set of riding gear and off I went.  I spent a few days riding around the “backyard” before I headed out to ride the Wet Mountains and the San Isabel National Forest just south of Pueblo.  It was the perfect little bike to explore the forest roads in the area and even ride some single-track trails.

Overtime I started to ride the XT further and further from home and started to explore the old mining regions in central and western Colorado. One of the first trips I went on was the Gold Belt Loop. This 135 mile route starts in Canon City and follows an old railroad bed to the historic mining towns of Cripple Creek and Victor.  The Gold Belt Loop is almost all dirt and gravel roads with numerous bridges and tunnels. While its not a technical ride by any means it does have some amazing scenery and historic sites and is one of my top five favorite routes.

Throughout the spring and summer the little XT and I cut our teeth on several more adventures cumulating with the Colorado Back Country Discovery Route (COBDR). The Colorado Back Country Discovery Route is a 750 mile off road route that winds its way through the Colorado Rockies starting in the south western part of the state before finishing just north of Steamboat Springs. This route was developed with larger adventure bikes in mind however the little XT was equally suited for the task. Over the course of a month I rode the COBDR in sections and it was a lot of fun, so much fun that I would end up riding the COBDR again but on a KLR the second time.

While I had the XT outfitted fairly well as a lightweight adventure bike it was starting to show its limitations. The seat wasn’t really that comfortable, it’s battery and stator couldn’t support to many accessories, and it could barely do 60 on pavement. After six months and 5,000 miles later I felt confident enough in my riding abilities that it was time to upgrade to a bigger bike. The little XT was a mountain goat, it took everything I threw at it and then some. Looking back it was probably the bike that I had the most fun on mostly because it got me into adventure riding and it took me to so many great places in Colorado.

Wrapping up the XT was a perfect beginner’s bike not just as a dual sport but also as a regular motorcycle. In my opinion it was one of the most underrated dual sport’s ever made and it’s the type of bike that I wish would make a come back in an modernized form. Yes we have the Yamaha XT250 which is a much better bike in some regards to the XT225 but to me it lacks that tough mountain goat type spirit of theirs no mountain I can’t climb or valley I can’t descend. For a little bike their wasn’t much it couldn’t do. As I close this entry I’ll leave with a quote my father once told me when I told him how slow the XT was, “it’s more fun to ride a slow bike fast then it is to ride a fast bike slow”.